Today’s guest post author shared that he wrote this piece after reading the Tao through several times. In it, he explores the things in our lives that we create that brings about separation and disconnection from each other. It also speaks indirectly about the battles, the breaking, that can occur within each of us; good versus evil, sickness versus wellness, right versus wrong and the challenge to find our way to peace and wholeness despite these challenges. 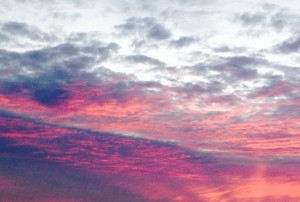 The Breaking of all that was Whole

In the beginning, there was earth, our mother and matron that brought life, love, and the possibility of thought. We spread across this bountiful land, to each and every corner of the planet. During this spread we rampaged, conquered, killed, fought and diseased each other so that the land would be in the leaders vision. We put in place borders, imaginary lines to define where one may or may not travel. We sectioned land to leaders who act on self-interest. Worse though, is that when we stretched to the final corner that lack of unity is still going to be the destructive downfall of everything we have created.

We tried to figure out life’s great mysteries, only to find more questions. We tried to help the lesser man and woman, and created currency obsessed tyrants working for themselves. We broke the world as a whole down to tiny pieces, gave purpose to each one, and turned one against the other. All great philosophers have dreamt of a world that is in one common direction. No nation nor kingdom, singular unity and common goals. We have lost our way, among the sands and the ashes of ruined kingdoms and on the gravestones of peacekeepers that were deemed the problem. The only certain way to have unity is to eliminate all who don’t agree with the “unity” that one is striving towards.

We have broken down the foundation, built millions of others in their place, all holding what they want to. While others whom are not as privileged break under the impossible weight bearing down on them. We connected the world, from sea to sea and east to west. We achieved the impossible by developing a worldwide communication web. Yet even in this worldwide communication we cannot find the strength to find peace. These borders hold us to our nationality, our race, and our allegiance. We are all human; we have a heart that beats, a mind that thinks, and emotions that care. We are the same, yet we refuse to see the simple fact of it. Dreams become shattered for the betterment of another. Gifted ones cannot always strive towards what is arguably their purpose here on this land.

In the journey to solve the world’s problems we have deconstructed the very values that made us once be considered human. We have, in the very venture to form a perfect human society, dehumanized ourselves. Three kings once ruled our planet, Justice, Discovery, and War. Justice wrote a book of laws, to make his kingdom fair, just and right. Discovery built towers to the very skies so that his people may learn of the stars. War though; war trained an army of iron and flesh. His army burned the books and destroyed the towers and put his rule where it rightfully belonged. One of these kings ruled, and though the people were not satisfied with the outcome, there was no power in ideals and thought. For iron and flesh of the mindless army backed by false promise is the hammer ever pounding and forging the steel that shapes our world.