You are here: Home / Advocacy / Caregivers Guest Post: Promises Not Worth Keeping

I am excited to share today’s Caregivers in the Spotlight guest post written by Annie Slease.  Annie and I met each other on twitter just over two years ago when I first launched this blog. I felt incredibly lucky to meet Annie and was grateful that she was willing to talk about her journey as a caregiver. It helped me feel less alone in the situation I was facing with my own son’s crisis.  I am deeply honored and grateful that Annie accepted my invitation to participate in our spotlight event! 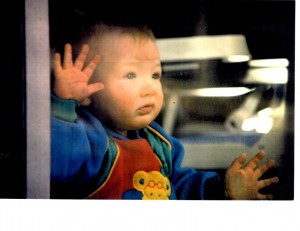 Promises Not Worth Keeping

I was a young mother, just 21 when I had my first son, Jake. But I wasn’t too young to understand the love a mother feels for her child. He was always the sun, the moon, and the stars to me. And I would do absolutely anything to make him happy. 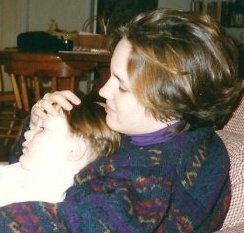 So when he begged me not to tell, I promised I wouldn’t. But some promises are just not worth keeping.

Jake, then 18,  had recently been battling volatile mood swings and was disrupting our home life on a daily basis. When I was finally successful getting him admitted as an outpatient to a local mental health care facility with a good reputation, a wave of relief swept over me. At last, he would get help. But that relief was short lived when I discovered he’d be treated in the adult wing because of his age.

After only days in this reputable program designed to treat his depression and anger, my son bought an illegal handgun from a fellow patient.

Then his thirteen year old brother found it and nearly fired it thinking it was a toy. After weeks of witnessing his older brother’s outbursts, my younger son finally confessed to me that his brother had a gun hidden in his room and swore him to secrecy. I was horrified. I panicked.

With the help of a close family friend, we confronted Jake and took the gun from him. He tearfully confessed that he had bought the gun to commit suicide but then had changed his mind. My boy begged us not to tell anyone because he was afraid of being arrested. Thankfully, my friend took the gun intending to turn it in during an anonymous police gun return program. So that night I naively believed the worst was over.

But between Thanksgiving and Christmas, while most families decorated trees, baked cookies, and wrapped gifts, my boy held me emotionally hostage. He made me promise not to tell anyone about the gun and his intentions. He swore he was going to “be better,” vowing that as long as no one found out about the gun, he’d be fine.

Yet he wasn’t. Each evening after a long day of school, my younger son and I would come home wondering what lay ahead for us. Would there be more threats with knives? Would there be more holes punched in walls? Would there be tantrums and screaming that shook the doors off their hinges? Once, he even walked out into a raging snowstorm without shoes nor a coat promising never to return because he “didn’t deserve to live” and he didn’t want to be “taken away” to a treatment center. After each hostile moment passed, he always said he was sorry. He always said he wouldn’t do it again. Yet, he always did. There were nights his younger brother hid in his room waiting for the screaming to subside. And nights I went to bed not knowing if I was going to wake in the morning.

I was afraid of my own son.

But not once did I seek help. Not once did I call the authorities. You see, I had sworn to my son that I would not tell anyone about the gun, and I naively believed that was a promise I must keep. So he continued to battle his own demons, his brother and I seated in the front row.

Eventually, I did tell my parents but not the police, and by then it was too late for him to be committed by law. So by keeping his secret I had prevented him from receiving the mental health care he needed. After the gun incident, he repeatedly refused treatment and because of his age, there was nothing I could do. Ironically, if I had called the authorities when I first discovered the gun, he would have immediately been committed without being arrested. If I had only known.

But he and I were both too afraid of the stigma of mental illness to tell anyone what was happening. Months turned to years. Jake moved out of my home, a tumbleweed of anger and depression. He abused alcohol and drugs, ran with the wrong crowd, couldn’t hold down a job or go to school. I tried and tried to get him to see that if he accepted his diagnosis (bipolar disorder) and sought treatment, things would get better. And he made a few feeble attempts to seek treatment but they never lasted long. He just wasn’t ready. He hadn’t hit bottom yet.

I had been so afraid for years, expecting a phone call telling me that he was either dead or he had been arrested. In March 2013, that phone call came. He’d been arrested. When he called home to tell me, he said, “I know you aren’t going to bail me out, but I want you to know that I told the police about my bipolar. I asked them if I could start taking medication. So you don’t need to worry about me anymore, Mom. I’m going to be ok.”

And he is going to be ok.

He’s still incarcerated, scheduled for release late this year. But he has now accepted his illness and is seeking treatment. He looks forward to attending college and pursuing a career in art or business. I’m not afraid anymore and neither is he. It’s not going to be easy, but it is certainly better now.

If I could go back and change anything, it would be that night with the gun. I would have called the police and asked for help.

I can’t change that or any part of the path my son took, but maybe this post can change the path for you and your child.

And I want you to love your child enough to break your promises. 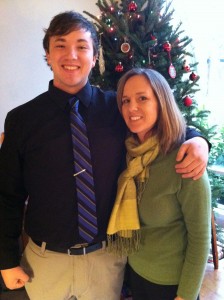 This photo was taken Christmas 2012. Jake was arrested in March 2013. This holiday was the first time he stepped into my home since Christmas 2010, and it is also the last time he’s been inside my home ever since. We look forward to spending Christmas 2015 together again.