You are here: Home / Advocacy / Caregivers Guest Post: Who is the Caregiver?

I am excited to share today’s Caregivers in the Spotlight guest post written by a parent/caregiver who would like to remain anonymous*.  I met this author through social media and we very quickly realized that we had many similarities in our stories and experiences. By remaining anonymous, this author can share her story and light with the world, without the risk of potential backlash on her son or her family. This risk is what continues to keep many caregivers silent and as a result they end up carrying these deeply challenging and emotional stories all alone.  Thank you “Susan Trailer” for sharing your story and letting us all in on this sacred part of your journey. *all names have been changed in this story to protect the identities of all involved 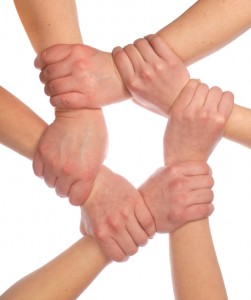 Who is the Caregiver?

Three years ago my 21 year old son, Dylan, was diagnosed with schizoaffective disorder. We had known for some time that something was wrong but nothing prepared me for the crisis that landed him in the hospital. Hearing the diagnosis was surreal. My first instinct was to crawl under the covers and never come out. I even went one step further and thought (for just a moment) that I really didn’t want to be around to deal with this.

I was able to get out of bed and not cry every minute of every day because of my husband and my 3 sons. It would not have been fair to leave my husband, Mike to handle this on his own as Dylan’s diagnosis left him reeling and we were a team. Kyle, my quiet middle child, who was away at college needed a Mom to come home to. Bobby was 15 and I was determined that his high school memories would not include a Mom who was curled up in a corner sobbing. At the end of the day, the person who needed me the most was Dylan.

How in the world could I possibly get through this crisis and be the Mother, wife, sister, daughter and caregiver that I wanted to be, that I NEEDED to be.

Luckily, I already had a relationship with a great therapist due to minor depression. She has continued to listen, offer advice and cheer me on. I called my general practitioner and Mike went to the appointment with me. My Dr. started me on anti-anxiety medicine right away and continued to see me every 3 weeks for 6 months. I now also see a psychiatrist 4 times/year to make sure my meds are working.

The support that Mike and I received from our siblings and parents was amazing. I told my siblings right away. I worried about telling my parents. I thought they should not have to deal with this sadness. Their job was to enjoy their grandchildren. My siblings gently encouraged me to share and when I eventually did, it was beyond sad and yet healing at the same time. My parents are the strongest people I know and I have come to rely on them for support and strength. I feel closer to them than ever before.

The first year was horrific. Dylan’s meds weren’t controlling his symptoms and we didn’t know enough about the system to know how or where to fight for him. He was often delusional and refused to go to clinic appointments. I remember one dinner in particular when he was telling a tale. When he left the table, I burst into tears. I asked Bobby (then 16) if it bothered him when Dylan was like that. He said no – he understood it was the disease talking. For some reason, I then asked him if it bothered him when I cried and he said yes. What a wakeup call that was for me! Bobby was coping better than I was. I know that it is ok to show sadness and trust me, I am not always able to hold back the tears but I knew that night that I needed to become even stronger.

Last Spring, I attended a “Family to Family” class through our local NAMI chapter. Twelve weeks of classes and I cried through the first six. This class taught me so much about Dylan’s disease and I met some wonderful people who are going through similar or worse situations with children, siblings, spouses and parents. I received so much support from people whom I had never met before. My strength grew and I found a desire to begin to advocate more strongly for my son and for other patients and families.

Here we are now, 3 years and 3 hospital stays later. Dylan has good days and bad days. He has been through more med changes than I can count. His positive symptoms (delusions) are somewhat controlled. His negative symptoms (depression, anxiety, etc.) are not. He had been abusing alcohol and marijuana but through much hard work on his part, he has been clean for 1 year. He relies heavily on cigarettes and his social skills have suffered greatly. Before his illness, he was a stellar student and class president. Now he can’t sit still long enough to read or watch television and leaves the house only for appointments. He is living at home which brings its own challenges, but we know he is safe.

From the beginning we assured Kyle and Bobby that we would not keep secrets from them. Mike and I worked hard to make sure the boys knew that they were loved and cared about. We make time for them and family activities. Kyle is now a college senior and has grown into a very caring (and still quiet) young adult. He worries about both of his brothers and shows his love in a gentle and kind way. He went out of his way to purchase a very special Christmas gift for Dylan. Bobby made it through high school with his Mom intact and both of his parents present at his ball games and graduation. Both boys are away from home but inquire often about Dylan and how he is doing.

It all came full circle for me last week when I stumbled across an essay Bobby wrote for a senior English class. He wrote about his brother’s diagnosis and how much it changed his life. He ended by saying that he stays strong for his Mom! The teenager that I pulled myself together for pulled himself together for me.

I recently read something written by Ram Dass that touched me – “we are all just walking each other home”. We are on this journey together. Caring for each other. There is not one caregiver, there are many.

“Susan Trainer” is the pseudonym of this author, who wishes to remain anonymous.  You can follow “Susan” on Twitter @StrailerQt.