You are here: Home / Advocacy / Caregivers Guest Post: Mental Illness has a Name

I am honored and grateful for Deborah’s contribution as today’s Caregivers in the Spotlight guest blogger. Deborah was introduced to me through a mutual friend. Her story and the journey she is on with her son touches me deeply both as a mother and caregiver with similar experiences. 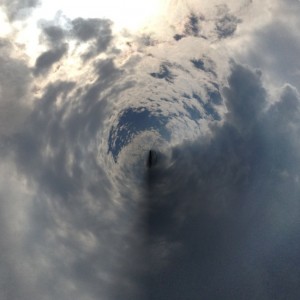 For the past four years an unnamable disease has resided in my home. It has slowly permeated every inch of our home, of our life. This unnamable disease has wreaked havoc with my family structure. It has brought needless shame and unending worry.   It comes and goes, hiding its ugly head…only to pop up again, when I think that healing is occurring. He is the source of sleepless nights and endless worry. This disease, unnamed by many, has a name. His name is mental illness.

During my son’s senior year in college, I got a call from the college dean, as Ben was ending his first semester. The call informed me that my son needed to take some time off of school to seek medical help. In Ben’s first three years of college he maintained a 3.9 grade point average, won distinctive awards and had been sought by colleges for post graduate work. Ben’s essence in life up to that point, was that of a young man who was fun-loving, gregarious, spiritual and strong.   His return home brought a young man that was markedly depressed, afraid, unsure and without hope.

Concerned, devastated and unaware, we plowed through a mental health system, seeking answers, being blind-sided by a system that cannot meet the needs of a burgeoning population with great need.   We wanted to know, but didn’t know how to know. We wanted to know and were scared beyond belief to know. We were speaking a foreign language and walking unfamiliar terrain without a guide to help us along the way. We often were left for wanting at a time that answers were of prime importance and time was of the essence.

This disease wanted to be unnamable and at the same time it aimed to rename Ben. In the course of three years there were multiple hospital stays, a suicide attempt, multiple diagnoses with yet another change of diagnosis, changes in meds, changes in therapists, arrests, and revocation of a driver’s license. Sometimes Ben disappeared so deeply into his disease that I could not see the young man that I had loved from infancy through his adulthood. But I knew he was there.

Our family is of the fortunate. Friends surrounded us in moments of greatest need. And I became a tigress. I became familiar with a local mental health organization and sought answers. I discovered that our story was a common story in a community that is often unheard. I advocated. I demanded. I sought to understand and stood my ground in wanting to be understood. I refused to have a disease take residence, replacing a son that I loved.   I chose at times to be responsible for a young man, incapacitated by a disease; only to release responsibility back when he began to manage the disease.

Slowly, a system that was foreign became familiar. A therapist was found that advocates for Ben in every way. Meds stabilized. Behavior choices more deeply stabilized. We have had up’s and down’s on our journey. Through hell, back to an even keel, only to face another challenge, Ben has shown resilience, bravery and has been an inspiration to many.

I don’t know where the future will go. For now, Ben is in a stable place. He is looking to go back to school in the fall and is building toward a manhood for which he has much to be proud. We are in the middle of a journey and do not yet know the destination. One thing that I do know—mental illness does not define a soul.   Mental illness has a name. Mental illness doesn’t name.

You are not mentally ill. You have a mental illness.

Your disease does not name you.

a son
a brother
a friend.

You are Ben—
a musician
a writer
a philosopher
a lover
an artist.

You are Ben.
You are not mentally ill.
You have a mental illness—
A sickness that does not define your soul. 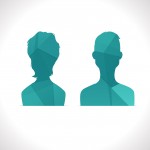 Deborah is a mother, an advocate, an educator, a writer and a teacher of writing.  You can visit her and her writing at
http://www.show–nottell.blogspot.com.