You are here: Home / Advocacy / This Week: Mental Illness in the News

Imagine for a minute that you are all settled in for a cross-country flight and suddenly you become aware of some commotion in the back of the plane. You might not think anything of it; maybe you intentionally turn your music or movie up so that it is not disturbing you. However, you then notice this same person appears confused and in this confusion attempts to enter the cockpit. What would you do?

Well if you are Gabe Howard, mental illness writer, speaker and activist, you step up and volunteer to assist. Why? Because living with a mental illness allows a person to recognize others who may be in mental health distress. Gabe is not just an activist, he is a trained Peer Supporter and he understands mental illness first hand.

I had the opportunity to chat with Gabe this week to find out more about his experience and how he felt about being in the right place at the right time.

It’s important to understand a bit about Gabe’s background and experience with his own mental health. Gabe shared with me that he was first diagnosed in 2003 with mental illness, while in a psychiatric hospital. One of his first thoughts, when learning of this diagnosis, was that he had to “prepare to live like a mentally ill person”. This was because what he knew of mental illness was from the pop culture information he bought into. He believed, at the time, that all mentally ill people were violent, derelicts, and only lived in group homes.   In fact one of the reasons that he didn’t realize that he was experiencing mental illness in the first place was because he did not see himself fitting this bill. Of course, he soon learned how inaccurate this myth actually was.

It took four years to stabilize Gabe’s mental health symptoms, during a time that he describes as similar to “learning to drive a car at 80 miles per hour downhill with no brakes” He added “Not a great way to learn to drive a car!” But learn to drive that car he did. Gabe credits many people who did good things for him, for reasons that can only be viewed as out of the goodness of their own hearts; they reached down the ladder and pulled him up. And with volunteerism in his blood, Gabe soon began to reach down the ladder to help pull others up as well. He shared that he got into advocacy work by accident. It started with small steps. He had an interesting story that seemed to help people; it felt good so he kept going. Eventually, it turned into paid work and the next chapter of his career began.

Along the way, Gabe also became a trained Peer Supporter. He took the classes, passed the tests and is now able to provide certain services and support to others living with mental illness. This training and Gabe’s personal experience with mental illness combined with the synchronicity of being on this particular flight created a perfect scenario for the outcome to be one of success and support. Gabe acknowledges that there were many possibilities and worst-case scenarios that could have easily played out to much different and less successful outcomes.

When asked what we can learn from this, Gabe shared “People don’t know what needs to happen to support mental health crisis.” It is time to start considering what we can do to set up processes so people know how to respond. “We have to stop thinking that mental health does not affect everybody” because it does and it’s time that we all learn about it. You never know who can benefit from that understanding and support.

While on a cross-country flight recently, I witnessed a woman with mental illness, who was clearly in crisis, try to enter the cockpit of an airplane. The chain of events that led to this started in the back of the airplane, where I was sitting. This gave me a clear vantage point to witness a young woman walk from the front of the plane to the back lavatory and attempt to enter. She struggled with the door for a moment and the flight attended let her know the bathroom was occupied and she needed to wait her turn.

The woman, clearly confused, responded that no one was in there and the door was just stuck. I looked up and could see the anxiety in her eyes, the confusion and fear radiated off her as clear as day to someone, like me, who has experienced panic and anxiety attacks before. The flight attendant let her know that the front lavatory was open. The woman started to cry, gasp for air, and whimper unintelligibly, but headed for the front of the airplane.

Mental Illness Can Cause Confusion

This confusion, coupled with desperation and fear, can lead to frightening outcomes. When she reached the front, she started to grab various handles in an attempt to gain entry to the bathroom. One of those handles was the cockpit door. READ MORE 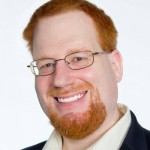 Gabe Howard is a professional speaker, writer, and activist as well a person living with severe bipolar and anxiety disorders. Diagnosed in 2003, he has made it his mission to put a human face on mental illness, confronting the fear, discrimination, and stigmatization people with mental illness face. Society often sees people living with mental illness at their worst and he works to add a more balanced view to the conversation. Gabe is frequently irreverent, often too loud, and always unpredictable, but anyone who knows him will tell you that life would be so boring without him. Learn more at GabeHoward.com

Mental Illness Crisis at 35,000 Feet was originally posted in full on PsychCentral